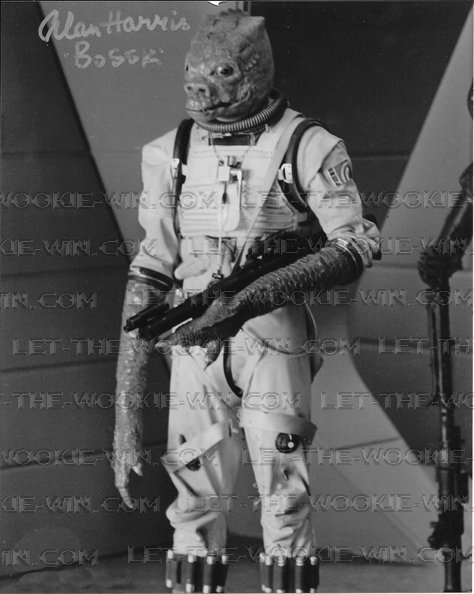 About my Alan Harris Autograph

One of the first ever people that i got to meet from the star wars universe was by far one of the nicest.
Alan Harris was always a fans favorite.
His memory was second to none and he truly was one of the most versatile actors you could hope to meet
Alan had a variety of Roles in Both Empire strikes back and Return of the jedi, but its for his portrayal of the bounty Bossk in Empire that he is most loved
I remember as a child the scene where the camera pans up and Bossk looks into the camera as being so cool, lets face it everyone loved the bounty hunters
I took the chance to add this brilliant image to my collection recently.

Information about this Alan Harris image