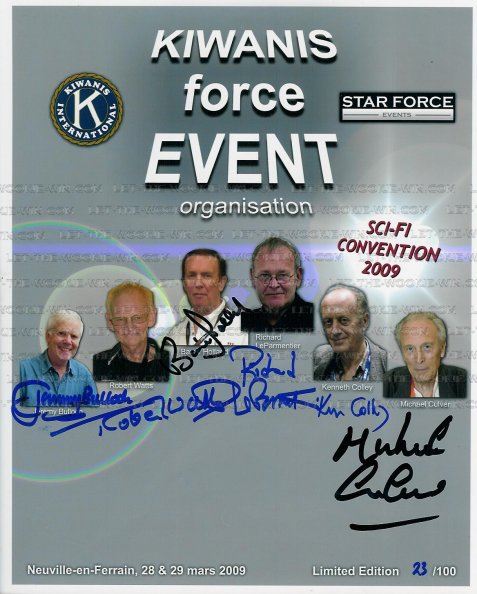 I kind of like the different things about our hobby and this falls into that category.
Its a signed poster from an event called 'The Kiwanis Force Event that was held in Lille, France not far from the Belgian border.
It has been signed by Michael Culver who played Captain Needa, Barrie Holland - Lt Renz, Robert Watts - Co Producer, Ken Colley as Captain Piett and Jeremy Bulloch - Boba Fett with last but not least Richard Leparmentier who was of course Admiral Motti.
Its a great addition to my collection.