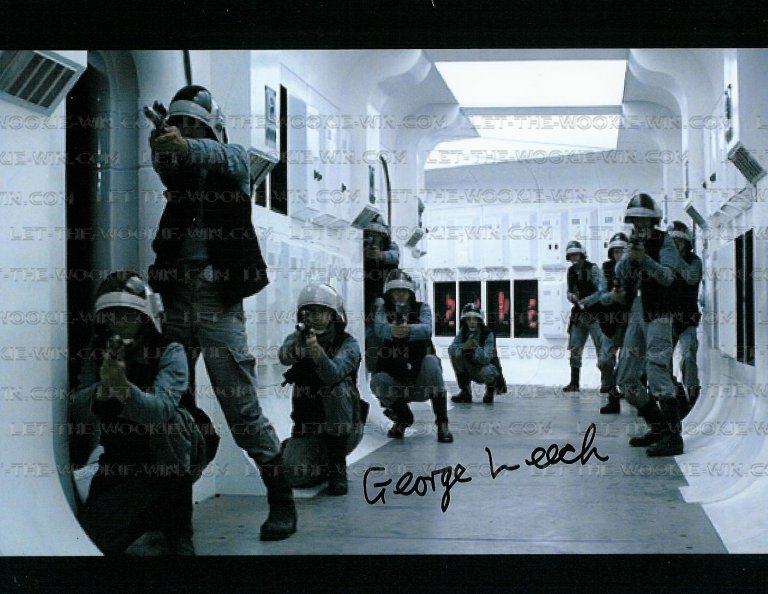 About my George Leech Autograph

This is a Sig that i thought i had missed out on its Rebel Trooper George Leech.
George was one of the Longest working Stuntmen in the British Film industry, Sadly he passed away at the age of ninety, Georges Daughter Wendy was stunt lady and his Son in law Vic Armstrong needs no introductions at all as he was Harrison Fords Stunt double in Both Return of the Jedi and two of the Indiana Jones films

George was more famous for his work on many of the James Bond films, but im so chuffed to get this image as it was sadly lacking from my collection.

It was a case of being in the right place at the right time Again George is yet another name that gave so much to so many in making these amazing films come to life, and its only now that these guys are getting the recognition they so thoroughly deserve, Mr Leech will be deeply missed by the film world and fans alike.

Information about this George Leech image