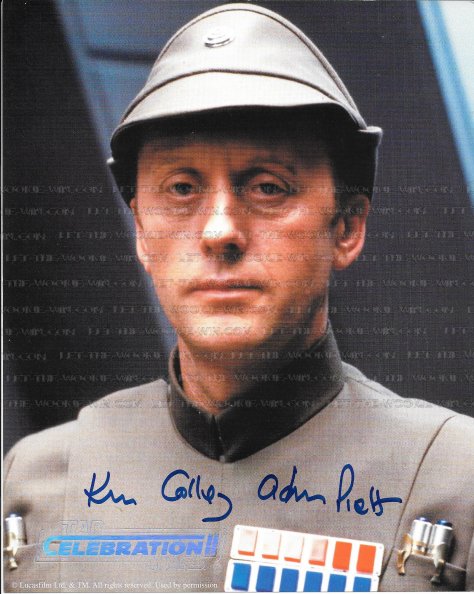 About my Ken Colley Autograph

This is a Celebration 2 image signed by Ken Colley, Ken has the distinction of playing Admiral Firmus Piett in The Empire Strikes Back and Return of the Jedi. Colley is the only actor to play the same Imperial officer in more than one Star Wars film
I actually worked this show, and it is somewhat mad that all these years later I am still collecting the graphs from it
I remember trying to prioritize which one i really needed in relation to what i could afford.

Information about this Ken Colley image

Albums
Empire Strikes Back
Return of the Jedi