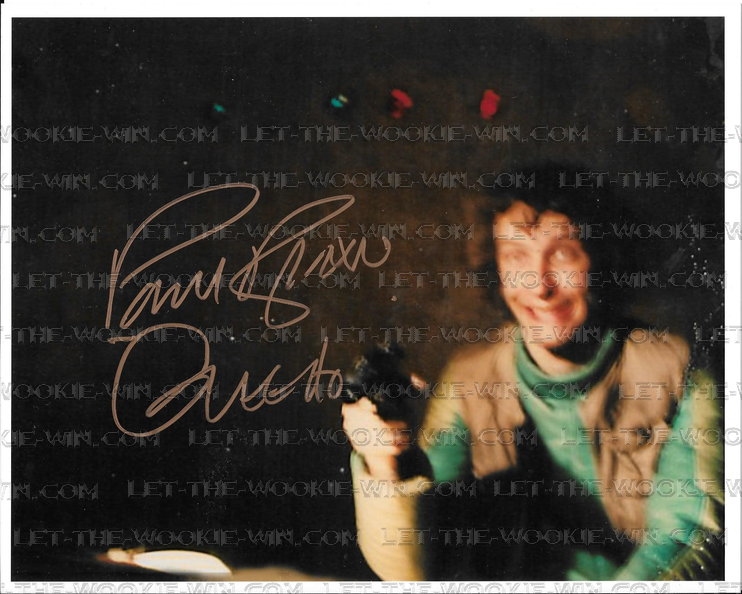 About my Paul Blake Autograph

It was such a cool thing when the Ann Skinner New Hope continuity photos were released , I have managed to get a few of them signed since then This is Paul Blake the actor who was responsible for wearing the Greedo mask in the UK cantina shoots, he signed this at the unveiling of the Ann Skinner collection, its so candid, you rarely see the less known guys in photographs like this so it was a must to get signed I am pretty happy with the way it turned out

Information about this Paul Blake image