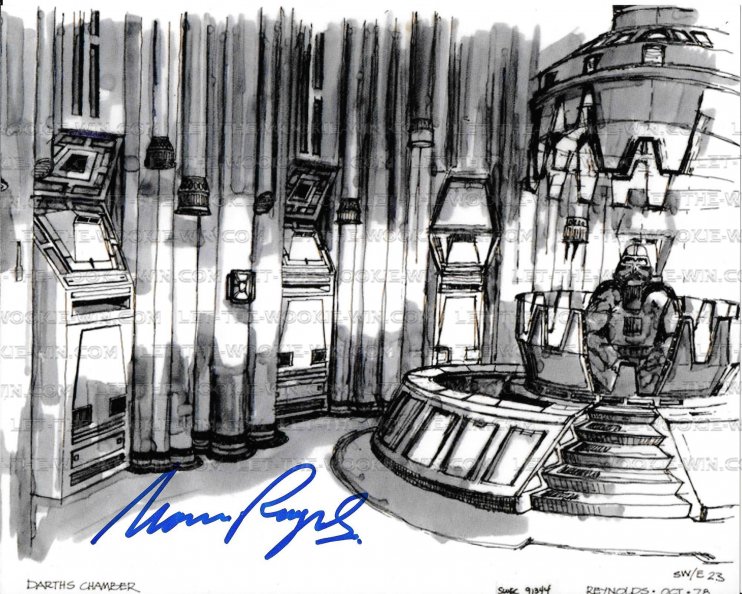 About my Norman Reynolds Autograph

I think one of the most overlooked people from the original trilogy is definitely Norman Reynolds
Norman was art director on the original Star Wars film, and later took over production design from John Barry for The Empire Strikes Back and Return of the Jedi, he designed several key sets in the original trilogy.
I was lucky enough to meet Mr Reynolds a few years back and took the opportunity to get this very cool image of one of his art designs signed.

Information about this Norman Reynolds image