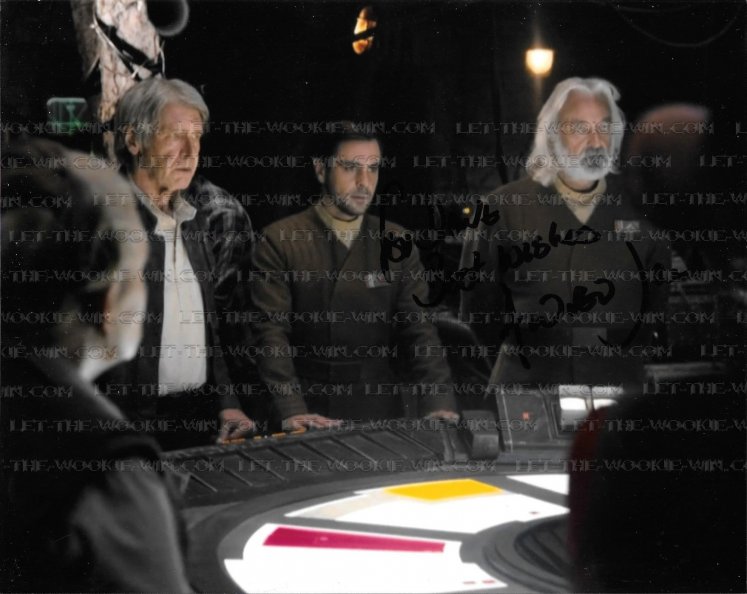 About my Andrew Jack Autograph

This guy is just so cool its Andrew Jack who was Caluan Ematt who joined the Rebel Alliance and later the Resistance first as a soldier and Lieutenant.
He served the Resistance as a major around the time of the Assault on Starkiller Base. During the Battle of Crait he served as a General for the ground forces.

Information about this Andrew Jack image