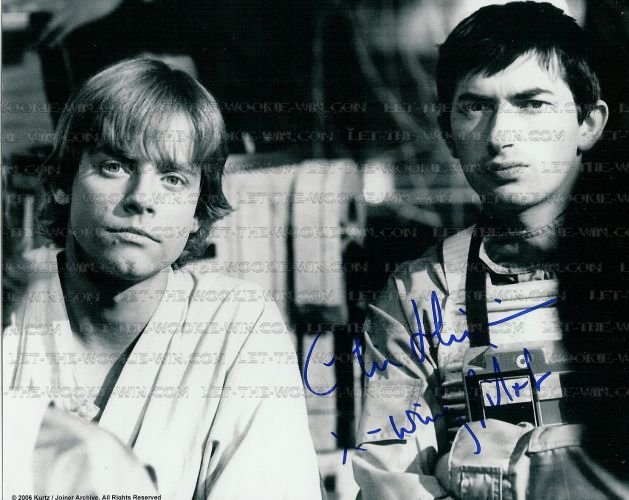 About my Colin Higgins Autograph

A signed X wing Pilot Shot By Collin Higgins from the briefing room scene in A New Hope. Colin Higgins made his first Star Wars-related appearance at Celebration IV, where he confirmed that he was, in fact, hired for the role of Wedge Antilles. According to his story, he had never worked on an American film before, resulting in several misunderstandings and mishaps. One of the biggest was his flubbing of his lines in the briefing scene. According to Higgins, his infamous line was actually supposed to be much longer, but he couldn't remember how it went. After wasting a lot of time trying to say it right, he ended up going with the shortened version quoted above. This and other things led to his being fired shortly after filming the scene. At this point, Denis Lawson was chosen to take his place, which is why Wedge Antilles is played by Lawson in all remaining scenes.

Information about this Colin Higgins image