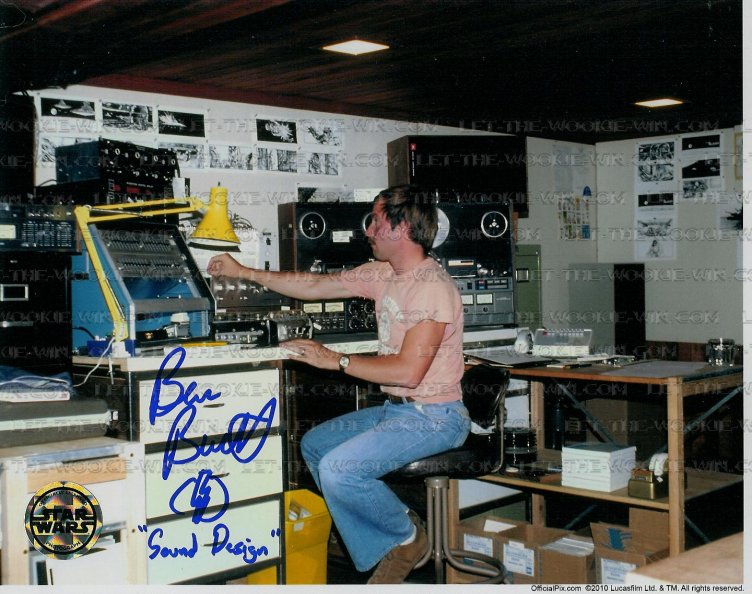 About my Ben Burtt Autograph

I love this image so much it shows Star wars god Ben Burtt working hard creating a universe of sounds that made our favorite films sound so special
In the words of Wikipedia Mr Burtt pioneered modern sound design.
Before his work in the first Star Wars in 1977, science-fiction films tended to use electronic-sounding effects for futuristic devices. Burtt sought a more natural sound, blending in "found sounds" to create the effects. The lightsaber hum, for instance, was derived from a film projector idling combined with feedback from a broken television set, and the blaster effect started with the sound acquired from hitting a guy-wire on a radio tower with a hammer.

Information about this Ben Burtt image